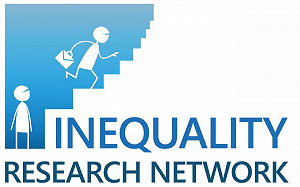 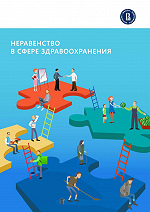 The report "Inequality in Health Care" by Sergey Shishkin, Director of the HSE Center for Health Policy, is devoted to inequality in access to medical care in the years 1994-2017. The authors used the data from the HSE Russian Longitudinal Monitoring Survey, and surveys conducted in 2014 and 2017, as well as budgetary information from compulsory health insurance funds.

According to the study, the share of those who seek medical help in case of illness mostly depends on the type of settlement: residents of capitals and large cities go to see the doctor more often than in small towns and rural areas. At the same time, the authors found no significant differences in socio-demographic characteristics when analyzing the reasons not to seek medical help.

The costs (including informal payments) for medical services differ significantly. The highest level is observed in the southern regions of Russia, where 47% of patients pay for medical assistance, due to socio-cultural traditions, above all. After the reform of compulsory health insurance, inequality in the availability of medical care has decreased, and the difference in the expenditures of regional budgets on health care per capita has decreased. At the same time, the inequality of per capita spending of families on health care is significantly higher than income inequality in general. Wealth inequality remains the main factor contributing to inequality in healthcare access. 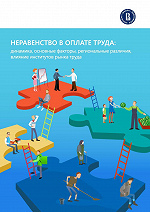 The report "Wage Inequality: Dynamics, Major Factors, Regional Differences, Impact of Labor Market Institutions", prepared by a team of researchers from the HSE Centre for Labour Market Studies analyzes various aspects of wage inequality, which is one of the critical mechanisms of income inequality. The authors considered the evolution of inequality in different parts of the wage distribution over 1994-2016. They decomposed it, provided a new assessment of the contribution of regional differences to wage inequality, and analyzed possible mechanisms of the influence on the inequality of the most important labor market elements, namely the minimum wage, employment protection legislation and unemployment benefits system. 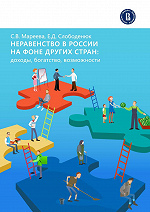 The report "Inequality in Russia in comparison with other countries: income, wealth, opportunities" by Svetlana Mareeva, PhD in Sociology, Director of the HSE Centre for Stratification Studies at the HSE Institute for Social Policy and Ekaterina Slobodenyuk, PhD in Sociology, Senior Research Fellow at the HSE Institute for Social Policy, focused on Russia's ranks in the context of comparative assessments of inequality obtained using different methodologies. Based on statistical data and analytical reports from international organizations, the researchers showed that different approaches provide different estimates of Russia's degree and depth of inequality compared to other countries. 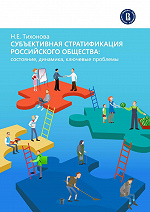 The report "Subjective Stratification of Russian Society: State, Dynamics, Key Problems" by Natalia Tikhonova, Research Professor and Chief Research Fellow at the HSE Institute for Social Policy, demonstrates that subjective social structure of Russian society has undergone fundamental changes in the last decade and a half: most Russians have stopped considering themselves social outsiders, while Russian society itself has become a society of massive lower middle class. The second feature of this structure is that Russians have no sustainable identities with the middle class, which has resulted in the inability of this class to perform as an actor for social change. The third characteristic is the increasing overestimation of the role of material well-being in determining social status and downgrading the prestige of the profession, education, etc. The stagnation of incomes in recent years has naturally led to a rapid increase in the demand for a homogenous society.